Gates to the Old City of Jerusalem and Their Meaning

Jerusalem and Her Gates

Jerusalem is unique among cities in the Bible. Most importantly, the Bible mentions it over 800 times. A person discovering the Bible for the first time would surely draw the conclusion that Jerusalem is very important to God, and for good reason. All the biblical prophets spoke of the walls and gates of Jerusalem also, in connection to God’s faithfulness.

The city is described as “the place where God dwells” (Psalm 46:4). Believers are told that God himself “has set watchmen on her walls” (Isaiah 62:6) and are commanded to pray for her peace. They are instructed to “give God no rest… until he establishes Jerusalem and makes it a praise in the earth” (Isaiah 62:7).

Let’s take a whistle-stop tour around the walls of Jerusalem’s Old City to better understand the biblical fascination.

My hope is to learn about some of the most pivotal events in Jerusalem’s history, from both the distant and recent past. We will discover how the story of Jerusalem mirrors our story as believers. Let’s get a glimpse into what the Bible has to say about its future.

Below are just a few spots worth noting along Jerusalem’s city walls:

Like most tour groups, let’s begin at the famous Jaffa Gate. The Ottomans built this landmark in 1538. General Allenby famously entered the city through this gate when the British captured Jerusalem during the First World War in 1917. The General got off his horse and entered through the gate on foot, to show respect for the city.

The “gate” is a large, L-shaped open space. It is comprised of the same cobbled, sandy coloured rock that characterises the streets and architectural style of the Old City. Loud shouts of vendors offer street food, and market traders beckon you to purchase their rugs and religious ornaments.

The Jaffa Gate shows us viscerally that ancient city gates were not just entrances. Instead, they were the natural focal point for public life.

The Bible itself records that city gates were used in various ways. At the gates people would finalise business deals (Genesis 23), arrange marriages (Ruth 4) and settle disputes in the presence of witnesses (Amos 5). The king used gates to address his subjects (2 Samuel 18).

Moving south past the Armenian quarter along the Old City walls, we find the Zion Gate, built in 1540. The name points to its proximity to Mount Zion, which happens to be also a burial site of King David. Centuries later at this location Jesus shared His last supper with His disciples before being betrayed.

Visible bullet holes surround Zion Gate, from fierce fighting over the Old City during Israel’s war for independence in 1947. Despite the struggle, the Old City was not unified under Jewish control until 1967. As a result, many Christians have interpreted this event as fulfilment of Jesus’ end time prophecy in Luke 21:

Further along the southern wall is the Dung Gate, built in the 16th Century. The peculiar name corresponds with the name of an earlier gate from the first temple period (1200 – 600 BC), mentioned in the Bible. The gate earned its name by being a waste disposal.

The gate is in close proximity to an archaeological park called City of David. Its name points to the fact that the unearthed ruins date back to the reigning period of the Bible’s most famous king. One of the park’s treasures is a partially submerged, 3000-year-old man made tunnel. The tunnel brought water to Jerusalem in Hezekiah’s time, according to the second book of Chronicles.

Entering the Old City through the Dung Gate brings us straight to the Western Wall plaza.

The famous Western Wall is a segment of the outer wall of the temple mount that is closest to where the Holy of Holies would have stood. Thus, it is the holiest site in all of Judaism, with millions of Jewish and Christian pilgrims visiting annually.

The original Dung Gate is mentioned in the Book of Nehemiah. This gives a fascinating window into the Jewish mindset concerning Jerusalem and her walls. In the 6th Century BCE, the Babylonians completely destroyed Jerusalem’s walls. The city was open to an attack. It was an embarrassment to Israel’s honour.

In Proverbs 25 (written around 250 years prior), Solomon reveals a common understanding of the great importance of city walls in ancient society: “Like a city whose walls are broken through is a person who lacks self-control”.

Through this lens we can understand why Nehemiah “sat down and wept”when he heard: “the wall of Jerusalem is broken down, and its gates have been burned with fire” (Nehemiah 1:3-4).

This stirred Nehemiah’s spiritual zeal for Jerusalem. He charged his fellow countrymen: “come let us rebuild the wall of Jerusalem so that we will no longer be a reproach” (Nehemiah 2:17). Night and day, in the face of great danger, the labourers “worked with one hand and held a weapon with the other”. They rebuilt the walls in just 52 days.

The story is an amazing reminder that we too can be “watchmen on the walls”. We pray for the healing of our world and for the establishment of God’s kingdom on earth.

God calls us to pray and trust Him fervently. Similarly, we are called to work hard doing good deeds, wherever God calls us to be protectors, rebuilders, and reconcilers. If not for Nehemiah, the Jewish landscape of Israel – so key to Jesus’ life and ministry – may have looked vastly different.

Heading North through the city, we pass the hauntingly beautiful Church of the Holy Sepulchre. It is one of the two sites with the best claim to be the authentic burial place of Jesus.

The Church is the final stop on the Via Dolorosa – the traditional path that commemorates Jesus’ painful walk to Golgotha carrying his cross. If we continue north, we can exit the Old City through the Damascus Gate, built in 1537.

This massive and very ornate gate is close to the second site that could have been the burial place of Jesus. It is the Garden Tomb. As we round the north-eastern corner of the city walls, we pass Herod’s Gate and Lion’s Gate, approaching the end of our unique tour.

The last gate we will visit is the blocked Eastern Gate. The Ottoman emperor Sulieman sealed it shut in 1541. From the Bible, we know of a ‘Beautiful Gate’ on the eastern side of the city. It is where Peter and John healed a beggar, as we read in the Book of Acts.

As the gate closest to the Temple and opposite of the Mount of Olives, this could have been the gate that Jesus entered on Palm Sunday.

Fascinatingly, the book of Ezekiel speaks of an eastern-facing temple gate being blocked, because “the LORD, Israel’s God, has entered through it” (Ezekiel 44:2).

Jewish tradition dictates that when the Messiah comes, the Eastern Gate will open, and He will enter through it.

In this context, Ezekiel’s description of the glory of the Lord coming down from the Mount of Olives and entering through the Eastern Gate is truly intriguing. It is parallel with Jesus’ initial entry from the Mount of Olives, and with the indication in Zechariah that the Messiah’s second coming will occur at the same location.

12 Gates of the New Jerusalem

“The city had a great, high wall with twelve gates, and with twelve angels at the gates. On the gates were written the names of the twelve tribes of Israel.” Revelation 21:12

The nation of Israel originated from Jacob, the last of the three patriarchs — Abraham, Isaac, and Jacob. The LORD changed Jacob’s name to Israel and blessed him with twelve sons. The sons became the twelve tribes of Israel.

The apostle Paul writes in Romans 9:4-5 that through the nation of Israel came, “the adoption, the glory, the covenant, the giving of the law, the worship, and the promises…and the Christ, who is God over all.”

The reason, I believe, Paul writes this to Romans is to spur them on towards being thankful and supportive of Israel. They are the original people of faith and promise, and through them our salvation comes in Yeshua.

In this day and age of threats and antisemitism towards the people of the promise, are you thankful for Israel? Are you supportive of Israel?

This passage described the LORD’s instruction for dividing up the Promise Land as an inheritance to each of the Israelites. Each person, according to their tribe, inherited a portion of the land.

The “strangers” who wanted to serve the LORD and become part of the people of Israel were also a part of the inheritance as well. Their inheritance depended on the tribe they sojourned with.

Perhaps the LORD will highlight a tribe to each of us in our prayers for their peace, our efforts to bless them, and our love towards them. Because there is no stranger’s gate, that tribe might just be the gate we walk through into Heaven.

Gates of our Lives

God chose us, just as He chose Jerusalem.

Jerusalem has often been wayward, captivated by idols, all of which has led to her fallenness and destruction. Yet just like us, in our brokenness and rebellion, God never forgot or gave up on Jerusalem.

We are both chosen to be “His temple, the place where His glory dwells”. Like Nehemiah, Jesus wept over Jerusalem declaring, “you will not see me again until you say blessed is he who comes in the name of the Lord” (Matthew 23:39).

Just as Jesus longs to return to the city He loves, He longs for the blocked gates of our hearts to open.

Even whilst we wait today for His physical return, He stands knocking at the gate of every heart. He longs for His children to receive Him, to share a meal together as friends. Like Jesus, let us pray for the peace of Jerusalem. Let us long for Him to return to her soon, and to usher in a new, far better age.

In this time of limited international travel, we hope that this virtual tour has given you a taste of the biblical gates of Jerusalem. We hope it opened your eyes to the past, present and future importance of God’s holy city. If you are able, come to Jerusalem to discover the remaining gates leading to the Old City, and allow God to speak to you!

Articles Related to the Gates of Jerusalem 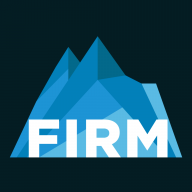 John Malvern is a writer, musician and computer geek. Originally from the UK, he now lives in Jerusalem together with his wife and their beloved pooch.