God’s Plan: The Role of Israel in Scripture for Us

God’s plans for the earth and humanity are in motion. His purposes are clear and never coincidental. But to understand God’s heart for mankind, we must acknowledge the unique role God gave to His people Israel.

Because His love knows no bounds and is never changing, the covenant-keeping God of Abraham, Isaac and Jacob watches carefully over all the nations. A significant leg of His journey with mankind has been in the land of Israel. There, He walked with Abraham. He revealed His laws to Moses. And He sent His Son to this same geographical space in Jewish flesh.

In the first verse of Isaiah 53 we see that Israel, for the most part, would reject the Messiah who came to die for her sins. Yet, a future salvation of Israel is promised by God. The day is coming when the eyes of the Jewish people will be opened to see in living color that Jesus of Nazareth is their only Messiah and Savior. 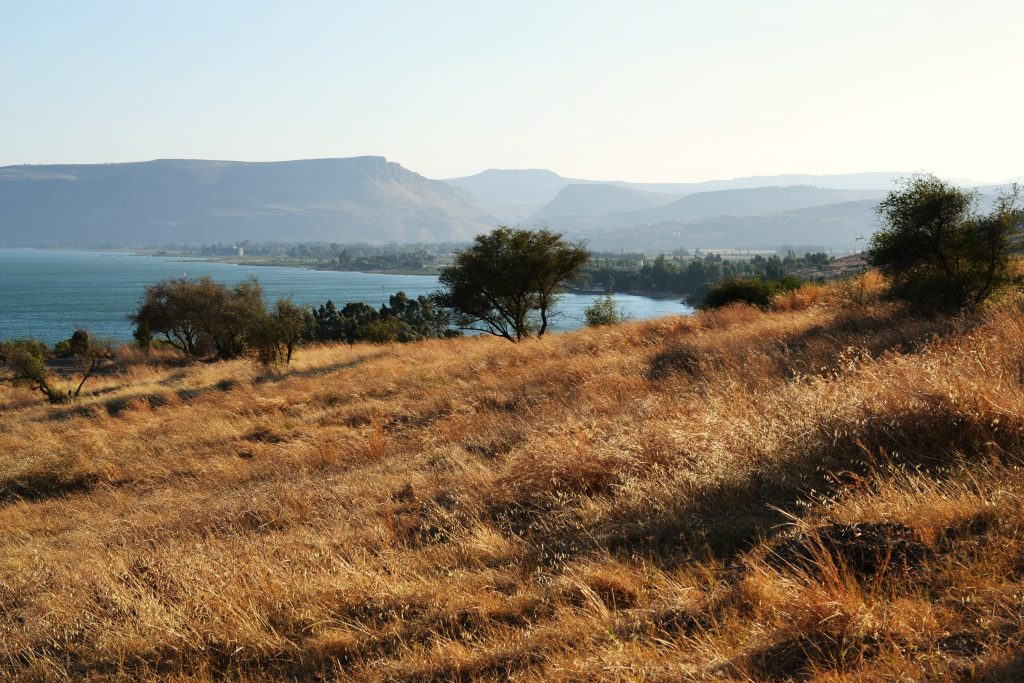 God’s Plan for His People

Most of the church today is ignorant of this awesome mystery. Even Paul needed to say to the Roman church in Romans 11:

For I do not desire, brethren, that you should be ignorant of this mystery, lest you should be wise in your own opinion, that blindness in part has happened to Israel until the fullness of the Gentiles has come in. And so, all Israel will be saved, as it is written:

“The Deliverer will come out of Zion, And He will turn away ungodliness from Jacob.” For this is My covenant with them, when I take away their sins… For the gifts and the calling of God are irrevocable.” (Romans 11:25-29)

In these verses Paul uses several key words to prove that God plans to reveal Himself to Israel. Paul speaks of the people of Israel as the recipients of God’s election, gifts, and calling – which “are irrevocable.” And not one of those terms speaks of their future redemption as dependent on Israel’s worthiness or merit.

God is Sovereign in His Planning

You don’t elect yourself. And you don’t call yourself. That’s the prerogative and initiative of someone else. Israel didn’t go looking for God, but God went looking for Israel.

Earlier in this same chapter, in verse 8, Paul quoted the Hebrew scriptures saying, “God has given them a spirit of stupor, eyes that they should not see and ears that they should not hear.” (Rom. 11:8) Again, this is God’s sovereign doing. Thankfully, Paul tells us that this blindness is only in part and only temporary.

But besides the words elect, gifts, and calling, Paul also uses the most powerful word of all to describe God’s relationship to the Jewish people. Covenant.

It may sound strange, but doesn’t the Bible portray Israel as the Lord’s bride? That means, the Lord himself is her husband. And as her husband, God is so committed to Israel, that even when Israel is unfaithful to her marital vows, He will fulfill His. And God is a persistent lover. He is a jealous husband who will not be satisfied until He has won back his bride.

Some may say, “Israel has broken her end of the bargain. Surely His covenant with Israel is now null and void.” It is important for us to remember that covenant is based not on man’s initiative or one’s merit, but on God’s initiative and God’s grace.

Scripture about God’s Plans for Israel and the World

We see in Isaiah 54 that because of unbelief, as revealed in the previous chapter, Israel finds herself a “barren woman” because of her rejection of the Messiah. We read:

Here it appears that Israel is being compared to Abraham’s wife Sarah, who was tragically childless most of her life.

In the same verse we read about a second “desolate woman” who ironically bears more children than the woman with a husband. This seems to be a reference to Hagar, the Egyptian gentile maid, who bore a son to Abraham while Sarah was childless.

Could this be a picture of Israel and the church over the past 2,000 years? Over these centuries the people of Israel have struggled to survive. And still today, the Jewish people make up 0.2% of the global population.

Spiritually speaking, the Jewish people are still in a position of barrenness. They are the custodians of the Hebrew Scriptures and have brilliant biblical scholars. And yet there perhaps are more Jewish atheists and agnostics today than those who regularly attend synagogues. 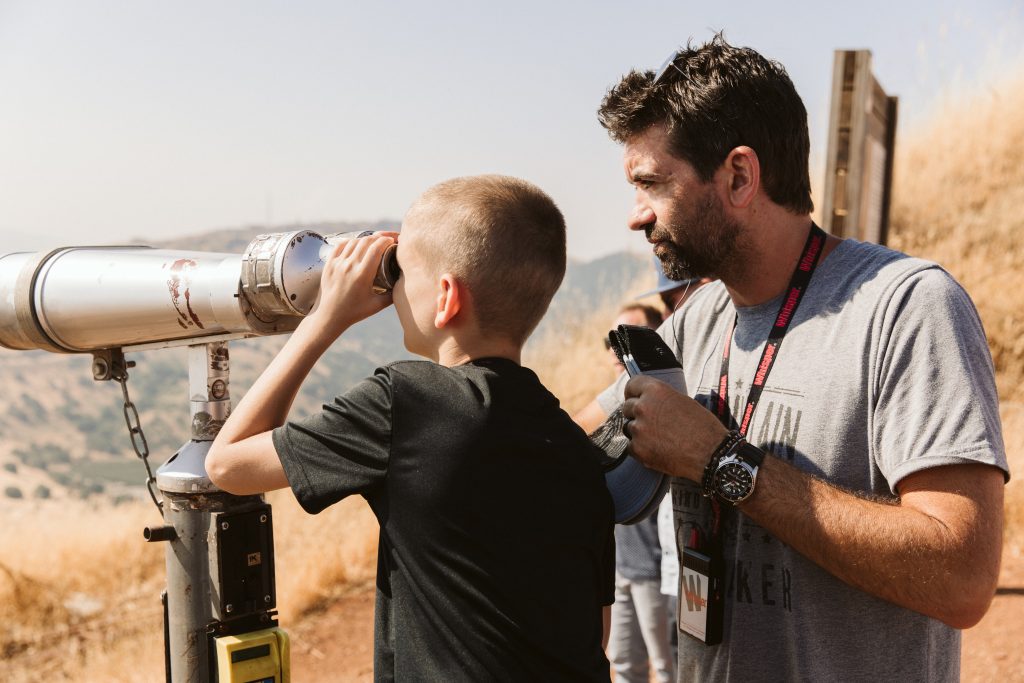 Barrenness to Abundance for Israel

On the other hand, the number of non-Jewish followers of the God of Israel is exponentially greater in size and still growing significantly. These are the words of the LORD:

“For a brief moment I abandoned you, but with deep compassion I will bring you back. In a surge of anger, I hid my face from you for a moment, but with everlasting kindness I will have compassion on you…” (Isaiah 54:7-8)

But Sarah’s (Israel’s) barrenness is not permanent. There is a miraculous turnabout in Israel’s fortunes.

Romans 11:15 reveals that Israel’s “rejection” will become “acceptance.” And Isaiah 66 reveals that this will result in Israel’s womb bearing countless spiritual children.

Before she goes into labor, she gives birth; before the pains come upon her, she delivers a son. Who has ever heard of such a thing?… Can a country be born in a day or a nation be brought forth in a moment? Yet no sooner is Zion in labor than she gives birth to her children.

“Do I bring to the moment of birth and not give delivery?” says the LORD… “Rejoice with Jerusalem and be glad for her, all you who love her; rejoice greatly with her, all you who mourn over her. For you will nurse and be satisfied at her comforting breasts; you will drink deeply and delight in her overflowing abundance. (Isaiah 66:7-11)

The prophet said Jerusalem will have a central role to play in the end-time revival. Jerusalem will be the feeding ground for it (verse 11). She will sustain the spiritually hungry world with the Word of the Lord. Isaiah 2:1-3 says:

This is what Isaiah saw, concerning Judah and Jerusalem: In the last days the mountain of the LORD’s temple will be established as chief among the mountains; it will be raised above the hills, and all nations will stream to it.

Many peoples will come and say, “Come, let us go up to the mountain of the LORD, to the house of the God of Jacob. He will teach us his ways, so that we may walk in his paths.” The law will go out from Zion, the word of the LORD from Jerusalem.

Jerusalem will be once again the true spiritual capital of the world.

How Soon is God’s Plan for Israel?

There are a few hints concerning the timing of Israel’s coming acceptance and end time role in world redemption in this same passage. First, we can detect that the restoration of Israel will be something that happens suddenly and quickly (verse 7).

Then, Israel’s salvation is somehow tied to Israel’s restoration as a nation – as Verses 8 and 9 make a connection between the birth of a country (in a geographical location known as “Zion”) and giving birth to children.

Isaiah foretold that this coming outbreak of salvation will not be like anything past or present. God will not close up Israel’s womb. Spiritual birthing will be unstoppable.

Israel will soon do what Israel was designed to do and does best. It will bring the nations to God and the place of blessing, as promised to Abraham (and later to Isaac and Jacob as well): 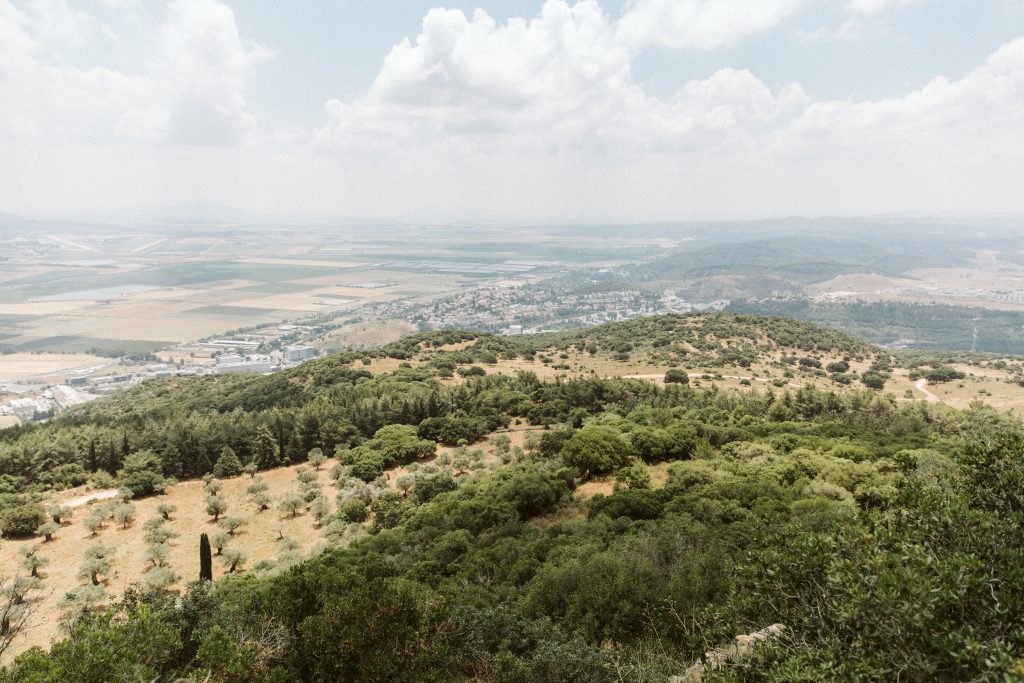 Life from the Dead for Israel

For if their rejection is the reconciliation of the world, what will their acceptance be but life from the dead? (Rom. 11:15)

Respected Bible scholars like John Stott, Leon Morris, Everett Harrison and many others agree in their understanding. “Life from the dead” in this passage is most likely not a reference to a physical resurrection, but a world-wide spiritual awakening.

Once Israel comes to faith in her true Messiah, this revival will shock many with its power and pervasiveness.

Under what circumstances will the harvest happen? The Salvation of Israel! Earlier in this same chapter Paul says, “Now if their [the Jewish people’s] fall is riches for the world, and their failure riches for the Gentiles, how much more their fullness!”

Israel will come to fullness of revelation of Yeshua as their Messiah and will be fully re-grafted into their own olive tree (See 11:23). That, in turn, will be a spark to ignite a great awakening worldwide.

Should this surprise us? Not really. Hundreds of millions of non-Jews that have were saved in the past were saved directly or indirectly because of Israel’s witness. Yeshua himself said, “Salvation is from the Jews.” (John 4:22)

The greatest spiritual awakening in the history of the world began on the Day of Pentecost. And who were the first torch bearers of that revival fire? Jewish believers. So, it shouldn’t surprise us that when the next awakening happens Messianic Jews will play a significant role.

The apostle Paul also said in his letter to the Romans: “because of their [Israel’s] transgression, salvation has come to the Gentiles….” The salvation of Gentiles was dependent upon Israel.

In that case, it came about through Israel’s fall and temporary ‘casting away.’ But soon, God will once again employ Israel in her strategic redemptive role –this time through a miraculous spiritual comeback.

Our Part in God’s Plan

God has commanded us to make disciples of all peoples. (Matthew 28:19) “All” means Jews and non-Jews alike. The Church’s part is to help the Jewish people get to know their own Messiah. Then, we will be aligning ourselves and partnering with God in His redemptive purposes not only for Israel but the whole planet.

We should not be sitting on the edge of our seats watching God perform His final act alone on the world stage. Instead, we need to get out of our seats, join His cast, and play our part in God’s plan for Israel and the nations.

Dr. Wayne Hilsden and his wife Ann co-founded King of Kings Community Jerusalem in 1983. They are co-founders of FIRM. Wayne regularly speaks at Christian conferences around the world, focusing on Israel and God’s heart for the Jewish people. Wayne and Ann have four sons and several grandkids, and they continue to serve in Jerusalem today.