Christians for Israel: What Is Our Responsibility?

Many Christians today, especially in the younger generation, have serious questions about why they should stand with the people of Israel. What connection, they wonder, does the modern State of Israel have with ancient biblical prophecy? After all, didn’t Paul state in Romans 9:6 that “not all Israel is Israel”?

And, why should Christians stand with Israel when Israel is allegedly guilty of committing atrocities against the Palestinians? What about standing on the side of justice?

Why Care about Israel?

These are serious questions that deserve serious answers. So, let’s examine them carefully, following Paul’s discussion in Romans 9-11 in detail.

When it comes to Romans 9:6, we need to remember that Paul devoted three chapters to the subject of Israel in this letter. He had not yet been to Rome to preach the gospel. And he wanted to be sure that, before he arrived there, the believers clearly understood the foundations of the faith.

That’s why, right up front, he declared: “For I am not ashamed of the gospel, for it is the power of God for salvation to everyone who believes; to the Jew first and also to the Greek” (Rom. 1:16).

And notice that he put a priority on the gospel going to the Jewish people. (As many top Bible scholars recognize. When Paul said “to the Jew first,” he was speaking of priority and not just history.)

Paul next speaks of the wrath of God on sinful human beings. He is making it plain that all people, both Jews and Gentiles, are guilty in God’s sight (Rom. 1:18-3:31).

Then, in Romans 4-5, Paul lays out the extraordinary message of justification by faith. He continues with his teaching on victory over sin and life in the Spirit in chapters 6-8. These are not trivial matters.

Yet there are pastors who actually skip over Romans 9-11 when preaching through the book. They think it is not relevant for believers today. Talk about a serious error!

Is God Making Promises to Israel or Christians?

The big question for Paul was this: Did God’s Word fail? After all, the Lord had made many promises to Israel in the Hebrew Bible (the Old Testament). And yet as a nation, they missed the Messiah when He came. What happened?

Paul first reiterates that the covenant promises still belong to Israel. He wrote, “to them belong the adoption, the glory, the covenants, the giving of the law, the worship, and the promises” (Rom. 9:4).

But there is a mystery here that Paul unfolds, explaining that there is a believing remnant within the nation, an Israel within Israel, writing:

Unfortunately, many of those who are familiar with this passage are not familiar with what comes next. And so they miss the whole point Paul was making. They also misinterpret this verse as if Paul were saying here that Gentile believers are Israel.

It is something he never says; in fact, in Romans 11, he states the opposite.

Instead, Paul was making a spiritual observation. He pointed out that God’s faithfulness continued to be manifest in the remnant within Israel. Like the 7,000 who didn’t bow the knee to Baal, to use imagery that Paul takes up in Romans 11:1-5.

But here is what so many Bible teachers miss. Paul then speaks of Israel 10 more times. And every single time, he is referring to the nation as a whole, the natural children, not to the Israel within Israel, the spiritual children. (Don’t take my word for it; keep reading from Romans 9:8 to the end of Romans 11).

Jews Who Believed in Jesus

Here is where it gets exciting. Paul explains to the Romans that while a remnant of the Jewish people embraced Jesus as Messiah, the rest of Jews fell and were hardened. But that is not the end of the story.

“So I ask, did they stumble in order that they might fall [the NIV says, “fall beyond recovery”]? By no means! Rather through their trespass salvation has come to the Gentiles, so as to make Israel jealous.” (Rom. 11:11)

Here we have the first part of Paul’s major answer to the question, “Why should I care about Israel’s salvation?” It is because the gospel has come to the Gentile world “so as to make Israel jealous.”

Is Salvation for Israel?

This is glorious beyond words. The “full inclusion” of Israel, which we will see shortly, speaks of their national turning to the Messiah.

It will bring about something that makes the current worldwide harvest of Gentile believers actually look small. Israel’s salvation is mega-important, with massive implications for the entire population of the world.

That’s why it is so important for Gentile believers, whom Paul addresses as Gentiles rather than as spiritual Israel, to provoke the Jewish people to spiritual jealously.

Tragically, throughout much of church history, professing Christians have driven Jews away from Jesus. To the point that many religious Jews today associate the Holocaust with Christianity. In fact Martin Luther, who wrote some of the most ugly, anti-Semitic words in history, has been called the “John the Baptist” of Adolf Hitler.

“The church still owes the Jews the actual proof of Christianity’s truth. Is it surprising that the Jewish people are such an insensitive and barren field for the gospel? The church itself has drenched it in blood and then heaped stones upon it.”

(For more on this subject, see my book. Our Hands Are Stained with Blood: The Tragic Story of the ‘Church’ and the Jewish People)

Before getting back to Paul’s words, as a Jewish believer in Jesus, I can say this from the heart. Here is another reason Christians should show love and solidarity to Israel. It is only tears of love and acts of love that can wipe away the stain of “Christian” anti-Semitism.

The “Resurrection” of Israel

Returning to Romans 11, Paul wrote, “Now I am speaking to you Gentiles. Inasmuch then as I am an apostle to the Gentiles, I magnify my ministry in order somehow to make my fellow Jews jealous, and thus save some of them” (Rom. 11:13-14).

And once again, he wants the Gentile believers in Rome to understand the implications of Israel’s salvation. He writes, “For if their rejection means the reconciliation of the world, what will their acceptance mean but life from the dead?” (Rom. 11:15)

Peter emphasized this as well, preaching to his Jewish people in Acts 3 and saying,

“Repent therefore, and turn back, that your sins may be blotted out, that times of refreshing may come from the presence of the Lord, and that he may send the [Messiah] appointed for you, Jesus, whom heaven must receive until the time for restoring all the things about which God spoke by the mouth of his holy prophets long ago” (Acts 3:19-21).

It is not that God shows favoritism. He is not guilty of ethnic discrimination. It is that He keeps His promises, and He has promised to save the people of Israel.

Jesus taught this as well, ending His denunciation of the hypocritical leaders in Matthew 23 with a warning and a promise:

In other words, Yeshua will not return until the Jewish leadership in Jerusalem recognizes Him as Messiah and says, “Blessed is he who comes in the name of the Lord” (see the Messianic usage of this phrase in Matthew 21:9).

The Root and Branches

It is not that God shows favoritism. He is not guilty of ethnic discrimination. It is that He keeps His promises, and He has promised to save the people of Israel. A people that has suffered greatly for many centuries because of being specially chosen and specially judged (see Amos 3:1; Rom. 2:9-11).

The Law and the prophets and the Messiah and the apostles are all from Israel. And the Gentile believers have been grafted into the commonwealth of Israel—into Israel’s olive tree (see also Eph. 2:11-22). Therefore, they should be humble rather than prideful.

And so Paul warns, “do not be arrogant toward the branches. If you are, remember it is not you who support the root, but the root that supports you” (Rom. 11:18).

In Rom. 15:27, Paul goes so far as to urge the believers in Rome to help support Jewish believers living in Israel, since they are spiritually indebted to them.

Paul explains that the great bulk of the nation remains hardened and outside of the Messiah (and therefore lost). But that hardening is only “in part,” meaning, it is not for all the people. There is always a remnant that believes, and it is not for all time.

As he writes, “Lest you be wise in your own sight, I do not want you to be unaware of this mystery, brothers: a partial hardening has come upon Israel, until the fullness of the Gentiles has come in” (Rom. 11:25).

Paul was concerned that the Gentile believers would think that they were the new Israel and that they had replaced the old Israel. Sadly, this had been taught through much of church history, resulting in much suffering for the Jewish people. Not to mention much spiritual darkness in the church.

He emphasized that Israel’s hardening was only partial, waiting until the full harvest of the Gentiles would come in. This clearly speaks of the climax of the Great Commission.

Further in Romans we read,

“And in this way [meaning, on the heels of the fullness of the Gentiles coming in or provoked by that fullness] all Israel will be saved, as it is written, ‘The Deliverer will come from Zion, he will banish ungodliness from Jacob. And this will be my covenant with them when I take away their sins'” (Rom. 11:26-27).

This is what God declared through Jeremiah more than 2,500 years ago, “At that time, declares the LORD, I will be the God of all the clans of Israel, and they shall be my people” (Jer. 31:1). And this is why the Lord called for prayer for Jerusalem in Isaiah 62.

God is urging His people to give Him no rest until Jerusalem became the praise of all the Earth (see Is. 62:1-7). To repeat: This is not a matter of divine favoritism; it is a matter of the faithfulness of God. He always keeps His promises!

And so Paul concludes, “As regards the gospel, they are enemies for your sake. But as regards election, they are beloved for the sake of their forefathers. For the gifts and the calling of God are irrevocable” (Rom. 11:25-29).

Grace for Christians Only or for Israel Also?

You might be wondering, “But how do I know if the modern state of Israel today is the fulfillment of prophecy?”

It is He who scattered the Jewish people in His wrath, preserving us under His discipline as He promised (see Jer. 31:35-37), and therefore it is only He who can regather us. The fact that we have been regathered to the Land, especially in the aftermath of the horrors of the Holocaust, can only be explained as a glorious act of God.

Common Good for Christians and Israel

As for Israel’s alleged atrocities against the Palestinians, the reality is actually quite the opposite of what you may think. Israel is the only true democracy in the Middle East and is America’s most significant ally there. And so standing with justice means standing with Israel.

Which includes calling them to account when there is injustice against the Palestinians, a people loved by God as well. But most important are the larger implications.

And, we should stand with Israel and share the gospel with the Jewish people. Because Israel’s salvation means life from the dead and the return of the King. I’d say that’s pretty important.

Articles Related to Christians in Israel 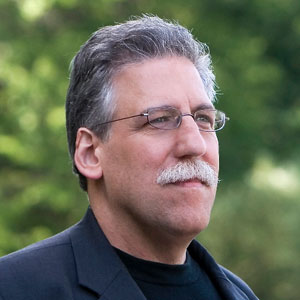