What is a Gentile and Their Role in the Bible

What is a Gentile?

To put it simply, the term “gentile” describes any and every person of non-Jewish heritage. The Old Testament often describes the gentiles as tribes who worship other gods. Representing other nations, they were often hostile towards Israel, warred with her and exiled her people.

Biblically we may see this word used also in a broader sense. Whenever the Bible uses the word Gentile, in the Hebrew original we would usually find the word “goy” (goyim – plural). In Greek, you’d see the word “ethne” or “ethnos” – and yes, that is where we get the word ethnicity from.

So, “gentile” can refer to foreigners as a whole, as well as it may represent the nations – including Israel! Nevertheless, most commonly we understand the word “gentile” to describe, simply, a non-Jew. For the purposes of this text we will use that dominant definition.

“But what about us? What about the Gentiles?”

The woman who asked me this question had been journeying with us, visiting Israeli Messianic congregations. She was witnessing firsthand the phenomenal rebirth of faith in Yeshua (Jesus) among Israeli Jews. These were both native-born and immigrant.

Her heart was touched and she wanted to participate, to be more than a spectator looking on. So she asked this good question, an important question I’d add. If God has left the non-Jewish followers of Jesus out of Israel’s historic/prophetic awakening, something’s wrong.

We are talking about Israel’s rediscovery of the most famous Jew of all times, our King Messiah. If there’s no place for His Gentile disciples to be involved, it leaves most of God’s family out of the celebration!

Yet thankfully, this is not the case. In fact, the Scriptures speak vividly and inspiringly of an end-time partnership between Jewish and Gentile believers in Yeshua. The precedents for such a partnership abound in the Hebrew Scriptures and in the New Covenant.

Jews and Gentiles: We Need Each Other

I have been privileged to experience the deep joys of Jewish and gentile partnership first hand, around the world. I want to share those stories with you. We will explore foundational passages from the Scriptures that provide a strong theological understanding of our mutual dependence.

This dependence provides the key in answering the question “What about the Gentiles?” Simply stated, we need each other. We, Messianic Jews, cannot fulfill our God-given role in hastening Yeshua’s return without our Gentile brethren. Nor can they realize the age-old dream of God’s Kingdom established on earth without us!

That has been the divine plan all along. We were tragically separated in the early centuries of this era. Yeshua’s original community began with Jewish disciples in first-century Israel. The apostles opened the door to the Gentiles, according to the Book of Acts.

That short-lived, active unity without uniformity was ended by religious leaders on both sides. The rabbis said “You can’t believe in Jesus and be Jewish.” The bishops said “You can’t be a Christian and do Jewish stuff.” But they were both wrong.

Gentiles in the Early and the Present Church

This was an unscriptural, unintended uprooting of faith in Yeshua from its original and eternal roots. Those roots are in the Hebrew Bible, Israel’s history and the prophetic expectation of the exiles’ return and revival.

Historians validate with one voice that Yeshua’s first followers and the early congregations were fully Jewish. They celebrated the Torah of Israel and looked for the fulfillment of the prophets’ words.

Now, some 20 centuries later, Jewish believers have returned to the land. We are walking with Yeshua as our Messiah. And the signs of His return are appearing daily. But what about the Gentiles? Is their time over?

Is that what Luke and Paul meant? Or is there a shared mission at the end? There is a mystery here (Ephesians 3:4-6) that is to be revealed in the modern times. We are being handed an unprecedented opportunity to overturn the tragic division between us. And by doing so, welcome back the King as His covenant friends, deeply committed to each other.

I believe that we have a rare chance to show Israel and the nations what humility and mutual serving looks like. In other words, I believe that God gave us a high and thrilling calling.

As a Messianic Jew, I have been involved in Jewish ministry for over 30 years. And I’ve had the adventure of participating in the historic awakening of Jewish people to faith in Jesus.

This phenomenon has been accompanied by increasing interest among the Lord’s Gentile disciples around the world. What began in the 1970s as distant curiosity has become a growing passion. It’s a passion to explore the Jewish roots of New Covenant faith and to further God’s purposes for Israel.

Since immigrating to Israel in 1992, a meaningful portion of my work had a unique focus. I have been responding to the desire of Gentile Christians to assist in Israel’s salvation. On every continent Christians are praying earnestly for Israel. They are crying out to God that we will find Yeshua (Jesus) as our Messiah King.

Travelling to numerous countries, I’ve experienced this amazing love for the Jewish people within the Church. In fact, there are churches where worshipers wave tambourines with stars of David. Israeli flags are proudly displayed and the call of the ram’s horn (shofar) is heard.

Until very recently in the history of Christianity this combination of Gentile Christians and Jewish symbolism was virtually unknown. Why is this happening now? And what are the implications for the life of the Church? As a Messianic Jew and an Israeli, I cannot but view positively this newfound attraction for things Jewish.

Christians Returning to the Roots of Faith

Yeshua (Jesus) has been painfully cut off from His Jewish roots for some 1800 years. This development is a refreshing change in Church history, to say the least. Indulging in a bit of Jewish gallows humor we might say “Hey, I can put up with some extremes in Jewish ‘accessorizing’ among our Christian neighbors. It sure beats getting killed by them!”

We might say that the Church is rediscovering her origin in the ancient soil of God’s promises to Abraham, Isaac and Jacob. Yet for all the celebration, there are also causes for concern. Many are confused.

Are Gentile believers to adopt the Mosaic law as their requisite pattern of life? Should the Church yield to mainstream Jewish demands that evangelism be off limits because of the ugly anti-Semitic past? Is there a separate salvation covenant for Israel that removes the necessity of faith in Yeshua?

We need to give some serious thought to the question of how the Church is to relate to Israel. And the church needs to have the right response to the remarkable movement of Jews embracing Jesus! At stake is not only the health of the body of Christ, but the salvation of Israel.

The Unique Time in History

I want to address this extraordinary “hour of destiny”. God has set this up. I believe He is the One who opened the eyes of my generation of Jewish seekers. We were refugees of the wild and wooly cultural revolution of the 1960s. When we saw Jesus (this happened to me literally), we knew He was the true answer to all we sought.

Then, many of us returned to our Jewish heritage, as members of the universal body of Christ. Some of our Gentile brethren encouraged us to live an authentic Jewish life in Yeshua. They realized that a special work of grace was taking place. I simply could not have fulfilled my calling without them.

In the decades since, God has used precious brothers and sisters from the nations to give us in-depth ministry training. We were blessed with abundant financial resourcing and steadfast intercessory backing.

God’s Plan for Israel and the Gentiles

I began seeing vivid evidence in Scripture that this was God’s plan all along. I am convinced that this partnership, of Yeshua’s Gentile and Jewish followers, is essential for the salvation of Israel, and thus for the Second Coming of Messiah.

We have a unique, history-making opportunity as Jewish and Gentile followers of Jesus the Messiah. His plan is to bring us into covenant friendship. It is to share His cup. And to share in priestly intercession for the sake of Israel’s redemption.

But also to share in restoring the presence of God in Israel. Just as King Solomon and King Hiram did when they teamed up to build the first temple.

Transform Lives in Israel from Any Background

Are you looking to make a difference in Israel, and help bring the Good News about Jesus? As a Gentile or Jew you’re invited to join in God’s plan for his people! 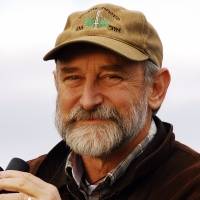 Eitan Shishkoff is the founder and director of Tents of Mercy, a network of Messianic congregations and humanitarian aid works in the Galilee region of Israel.