How Many Prophecies Did Jesus Fulfill?

How many prophecies did Jesus fulfill?

The Bible is full of Messianic prophecies. Mathematician Peter Stoner counted the probability of one person fulfilling even a small number of them. And he concluded, the chance of a single man fulfilling “just” 48 of the prophecies found in the Tanakh (Old Testament) would be 1 in 10×157! In other words, that is 1 followed by 157 zeros! How many prophecies did Jesus fulfill? Let’s find out.

Almost Seven Times that Many

What if He was Messiah prophesied? After all, Jesus (Yeshua in Hebrew) fulfilled not just the 48 specifically Messianic prophecies. In fact, He fulfilled more than 324 individual prophecies that related to the Messiah! The first calculation was amazing enough for me. So, the probability of one man fulfilling 324 prophecies must be a number beyond comprehension for anyone!

To the Jewish People, this is more than a matter of random interest. That is to say, the Messiah has been prophesied in Scripture with great specificity. Although sometimes these prophesies are hidden, allegorical or poetic. And it begins with Genesis 3:15.

The Possibility of Jesus Fulfilling every Prophecy

As mentioned in the beginning, mathematician Peter Stoner applies the modern science of probability to just eight of these prophecies. This lead him to conclude that the chance of the prophesied Messiah fulfilling all eight is one in 100,000,000,000,000,000.

In order to comprehend this staggering probability, Stoner illustrates:

“Just the same chance that the prophets would have had of writing just eight prophecies and having them all come true in any one man, from their day to the present time, providing they wrote in their own wisdom… This means that the fulfillment of just eight prophecies alone proves that God inspired the writing of those [eight] prophecies to a definiteness which lacks only one chance in 10^17 of being absolute.”

Fulfilling Prophecies and the Jewish Scriptures

Many learned Jewish men and women have come to faith in the last 40 years simply by reading their Tanakh (Old Testament). Initially, they were reading through the prophesies to debate with those that chose to follow Yeshua. As a result, it was a very shocking and horrifying discovery to them. In studying the Messianic Scriptures, they found the prophesied Messiah!

Yeshua said to them, “This is what I meant when I was still with you and told you that everything written about me in the Torah, the Prophets and the Psalms had to be fulfilled.”

Then he opened their minds, so that they could understand the Scriptures, telling them, “Here is what it says: the Messiah is to suffer and to rise from the dead on the third day; and in his name repentance leading to forgiveness of sins is to be proclaimed to people from all nations, starting with Jerusalem.” (Luke 24:44-47)

Finding Jesus in the Messianic Prophecies

Then, some have been survivors of the Holocaust. In result of this, they could barely believe in the God of Israel any longer. But there was just one thing they were sure of. Which is, Christ and Christianity were against the Jews. Consequently, in their mind, they could never forgive Christians.

This was the story of Rose Price. Her life experiences made her lose her faith. Nevertheless, she came to know the love of God through her Messiah – the Messiah of Israel, Yeshua Himself!

Evidence of Jesus Fulling Prophecies from Other Sources

I encourage you to study the prophecies and ponder the mathematical probability of one person fulfilling them. In addition, be intellectually honest and open to truth. Pray. And ask the God of Abraham, Isaac, and Jacob, if Yeshua is the prophesied Messiah of Israel.

Then He will answer you and lead you into all truth.We’ve seen a few important examples of who the Prophets said the Messiah would be. We know who Yeshua Himself said He was and is. Nevertheless, does other evidence exist? How can we be sure He is the Messiah and this isn’t a giant hoax?

Let’s Examine a Few Historical Facts on the Messiah Prophesied:

Ten Statements Jesus made about Himself:

Messianic Prophesies in the New Testament

Just the letter to Romans gives us pretty remarkable insight. For example, in Romans 3:23, we read that not one person is righteous. All have sinned and come short of the glory of God. Which means, everyone is a sinner. In other words, no one can make it into Heaven by their own means. Therefore, we need help. And that help comes only from Yeshua.

Romans 6:23 says the wages of sin is death, or separation from God. Which means, when you sin, you earn death and distance from God. But a few chapters later, in Romans 10:13 we read, all who call on the name of the Lord will be saved!

Change of Life in Prophesied Messiah

If you want to enter into a relationship with Yeshua (Jesus), simply pray this prayer:

“God, I know I am a sinner and I am sorry for the sins I have committed. And I know my sins put distance between us, and I know I cannot save myself. Only Your Son, Yeshua, can save me and eliminate the distance between us. I believe He is Your Son, who died for my sins and rose from the dead. I receive Him as my Savior and accept Your offer of forgiveness and everlasting life. Thank you, Father. In the Name of Yeshua I pray. Amen.“

In John 7:17, Yeshua said, “If anyone chooses to do God’s will, he will find out whether My teaching comes from God or whether I speak on My own.” Thus, He offered Himself as a gift to anyone who trusts Him. (John 20:24-31) So, we pray you come to trust Him soon! Please let us know how we can help you in your search for truth.

Are you looking for a way to help Israel discover how many prophecies Jesus fulfilled, to the end that many are saved? FIRM has a simple way to start putting kingdom investment into impacting lives in Israel. 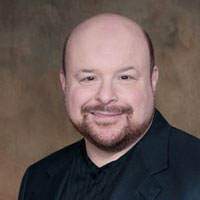 A Jewish Believer in Yeshua (Jesus), Jonathan Bernis is President & CEO of Jewish Voice Ministries International (JVMI). Jonathan has worked on the forefront of world evangelism since 1984, taking the Good News of Israel’s Messiah to the far reaches of the earth, to the Jewish People, and also to the Nations.