Zionism and Racism: Israel and the United Nations (UN)

The United Nations (UN) and Israel

No matter how you feel about the United Nations, it has a special power. The UN is the one place on Earth where nations get together and attempt to speak with one voice. That’s why their resolutions can make a big difference.

However, approximately 40% of the UN Human Rights Council resolutions have been against just one country. That country must be a really bad place, right?

Perhaps it is ruled by a genocidal dictator who kills his own people, or maybe a tyrant continually threatening to annihilate another country. Actually, no. It has been condemned more times than every repressive country on earth combined. It is a democracy—the only viable democracy in the Middle East, Israel.

Again, 40% of the United Nations’ resolutions are against Israel. It’s easy to see why so many in the international community, perceive Israel as a major cause of world problems. But are all these resolutions really justified?

Agreement on how well Israel is handling its many challenges is another story. However, when you do a basic comparison, the numbers don’t hold up. For example, the number of deaths, Israel is responsible for, compared to other nations.

If you look at Israel, compared with the number of condemnations they received, it paints a possible double standard. What could explain the enormous imbalance? Let’s look at history from several decades ago.

Cuba, along with other communist nations, finally found a way to even the playing field. Israel and the United States were linked. To hurt one was to hurt the other.

At the same time, a number of Muslim countries were looking for new creative ways to come against Israel. The communists realized that by joining the Muslims’ anti-Israel coalition, they could create an unstoppable voting bloc inside the UN.

With every resolution they passed against Israel, they simultaneously discredited Israel’s ally, the United States.

The newfound communist Muslim voting bloc of 1975 spearheaded a new UN resolution. It officially stated that Zionism is a form of racism. Yes, Zionism.

The movement trying to find ways to protect Jews from racism was redefined as racism. This is similar to saying the Civil Rights Movement is racism, and Martin Luther King is a racist.

Hence resolution after resolution against Israel, from 1975 until this day, easily passes through the UN. However, today this movement has a new tool for attacking Israel as the cause of all our problems.

In the UN’s Durban Review Conference (the 2009 United Nations World Conference Against Racism), Durban was charged with finding the real root of racism.

During the last conference keynote speaker and human rights “best friend”, Mahmoud Ahmadinejad, the Iranian president spoke. In the past, he had openly called for Israel’s annihilation. Ahmadinejad revealed in his talk that Zionism is not only racist. It’s also the true root of racism throughout the world.

What has history taught us? What tends to happen when one ethnic group is believed to be the hidden root to all the world’s problems? Nazi Germany and the Jewish people are one such example.

What is happening at Durban is catastrophic: not only for Jews but for the whole world. Zionism as racism has grown, spread and gained credibility through Durban.

In fact, in 2015, representatives from over 140 Different countries descended on New York City for Durban. Speakers worked to convince attendees about the secret Jewish cause for worldwide racism. Let’s learn from history. False accusations can lead to violence.

The United Nations is not unbiased towards Israel. We cannot leave this message unchallenged. We need your help. We’re asking you, your friends, families, neighbors and faith community to expose this threat and confront this line before it once again takes hold of half the world. 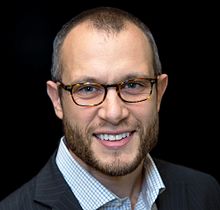