Praise and Worship in Hebrew: 6 Unique Words to Know

Hebrew for Praise and Worship

What does it mean to worship? What does praise mean in Hebrew? There is more than one way to say or express “worship” in the language of the Bible. Let’s discover praise and worship in Hebrew.

What did praise mean for the Hebrews in the days of the Bible? How did they experience worship? Was there an outward manifestation of this vital aspect of faith? Did they sing, dance, raise their arms?

Praising God is such a fundamental part of our lives – it’s a matter of survival really. But each of us has a different story to tell, an individual experience to relate to, a specific thread we want to start pulling from. It’s personal and nearly lawless, not to say unruly.

Last Sunday, while we were worshipping together at church, I found myself noticing the way people raise their hands. Some kept their arms straight at an almost perfect 90 degrees angle, wide apart in a sign of victory. Or like waiting to be picked up by heavenly arms. Others had their arms down, parallel to the floor, hands reaching out, palms up.

1. The Hebrew word for Praise: “Hallel”

Unrestrained, David danced and praised the Lord in ecstatic delight as he watched the Ark of the Lord being brought back to Jerusalem. The Bible tells us in 2 Samuel 6 that all of Israel rejoiced with shouts and the sound of trumpets. And no one rejoiced as hard as the King.

Clad in a ceremonial linen dress, a garment normally reserved for priests and ministers, David praised God unreservedly. Bones unstrung, like he was tearing himself from the inside, his joy was complete. His was a Hallel praise.

To shine, to be boastful, to glorify – Hallel is found throughout the Bible as a Hebrew word for Praise.

The root for Hallel gives us two more important words. One is Hallelujah, a combination of “praise” (Hallel) and the name Yahweh – God’s personal name in Hebrew. The second word is Tehilah.

Known for being the Hebrew name of the Book of Psalms (Sefer Tehillim), Tehilah is a praise song. It is a spontaneous instruction to bring forth light and celebration with songs, shouts, and holy noise.

One of the first times we find the word Tehilah in the Bible is right after God delivers the Hebrews from Egypt. Moses and the children of Israel have safely crossed the Red Sea. In Exodus 15, their eyes had just seen the waters collapse on top of their enemies.

I would imagine there was a moment of baffling silence, backed only by the sea still roaring. Mouths agape, their hearts were still pounding from the fear of imminent death. Israel tried to make their minds comprehend the impossible that the Lord had just made possible for them.

And then, one by one, all together, thousands upon thousands of voices in praise, in thankfulness, and laughter. A praise for salvation, for freedom, for dreaming again:

“But thou art holy, O thou that inhabitest the praises (Tehilot) of Israel”. Ps 22:3 (KJV)

3. The Hebrew Understanding of “Zamar”

Similar to Tehilah, Zamar is a musical term for praise. But a Zamar praise implies the use of string instruments. It is the idea of making music by plucking at strings with fingers and singing praises unto God.

The Hebrew Zamar praise is harmonious and collective. It utilizes music to express our worship, creating an atmosphere where God is invited to move powerfully. This instrumental or choir-like praise is much less common these days, although I’m certain this is what Heaven sounds like.

In Revelations 5 and 14, John mentions that the sound he heard was like harpists playing their harps. He also described the praise of “ten thousand times ten thousand, and thousands upon thousands” angels singing in perfect harmony like a one voice.

The Praise that Shifts the Air

David was able to move the spiritual realm with just a few plucks of strings. I can imagine Saul sitting down, body heavy but wound up in pain. His trembling hand covered his tired eyes, while the other clutched his chair in a tight vice.

And David, young and full of God, let his worship flow. Time slowed down, stopped for the occasion. Divine light floating in and through, rushing waters gushing through the cracks, enveloping Saul, restarting him anew.

At the same time, if we trace the word back to its primitive root, we find Zamar describing the act of pruning as well. In fact, the Jewish people celebrate the harvest with songs and dances to this day. How fitting that while we praise Him with Zamar, the Lord is lifting us up. He cuts away at what is old and unbecoming of His children and allows us to bring forth new fruit.

4. Hebrew Word for Worship through “Yadah”

There’s another word in Hebrew that relates to praise, even though it is rarely used: Yadah. Derived from the Hebrew word for “hand” (yad), Yadah describes moments of worship when God is praised with raising of hands.

For Moses and the fight against the Amalekites, in Exodus 17, raising hands meant battling. As long as Moses’ hands were lifted in prayer, Israel was prevailing in war, physically and spiritually.

When we surrender ourselves to the Lord with arms lifted up, praising His Majesty and His greatness, He is fighting our battles. The tools of our praise are the tools to fight our enemy as well. It is how we will always overcome in victory.

5. “Todah” and the Essence of Praise

The difference between Yadah and our next word – Todah – is tenuous at best. Both derive from the same word (yad) and both imply the use of our hands to praise. But Todah comes with its unusual brand of beauty.

Todah remains to this day the Hebrew way of simply saying thank you. We also raise our hands in thanks because the Lord’s lovingkindness is everlasting. And we come to Him with our meagre offering – our five fish and two loaves of bread, our willing sacrifice.

We extend our hands in adoration and thanksgiving, wanting nothing in return but getting everything back.

6. Worship and Praise with “Barach”

In the book of Daniel, Scripture explains that in his house in Babylon Daniel would open the windows, get down on his knees facing in the direction of Jerusalem, and he would pray. Similarly, Jeremiah kneeled down and put his face between his knees asking for rain on top of a mountain (1 Kings 18:42).

Or Moses, perhaps huddled against a rock, barefoot and afraid to look at a bush that burned (Exodus 3). What a powerful image that is, that one would abandon physical comfort in passionate humility. An ardent desire to worship in reverence, in the absolute knowledge of how infinitely small and ephemeral we are, like breath on a mirror.

There is a word for that in Hebrew Praise; a word that is used to indicate the physical posture of kneeling, as well as one of the most common terms in Hebrew for blessing: barach. The wonderful news is that, as He breaks us and puts us back together, our spirit swells, and we emerge, we stand up stronger, braver, and whole.

We should appreciate the intensity and devotion that the Hebrew understanding of worship and praise can teach us. Psalm 22:3 states that God inhabits the praises of Israel. How is it that they were so closely connected to God when they hadn’t been blessed with a torn veil?

I believe one of the answers might reside in their fear of the Lord. The academic in me would like to point out that in the complex task of translating Hebrew poetry into English, we lost a lot of meaning.

There are many words in Hebrew that are used to describe an act of praise. We saw only six. They have been consolidated in most modern languages in words like “praise” and “worship”, and that is just how linguistics work at times.

It may turn out, though, that praising and worshipping the Lord – specifically in the Hebrew language – is much more encompassing than we realized it to be. Hear and be blessed by Hebrew worship in Jerusalem here.

With the use of the Hebrew language God revealed Himself to mankind. This ancient tongue held the greatest spiritual truths that guided our lives through the ages. And in each generation, they are discovered anew.

We know the Bible can be hard to understand and you want to get more out of it. Which is why we want to teach you seven Hebrew words that will transform the way you read the Bible.

Articles Related to the Hebrew Word for Praise and Worship 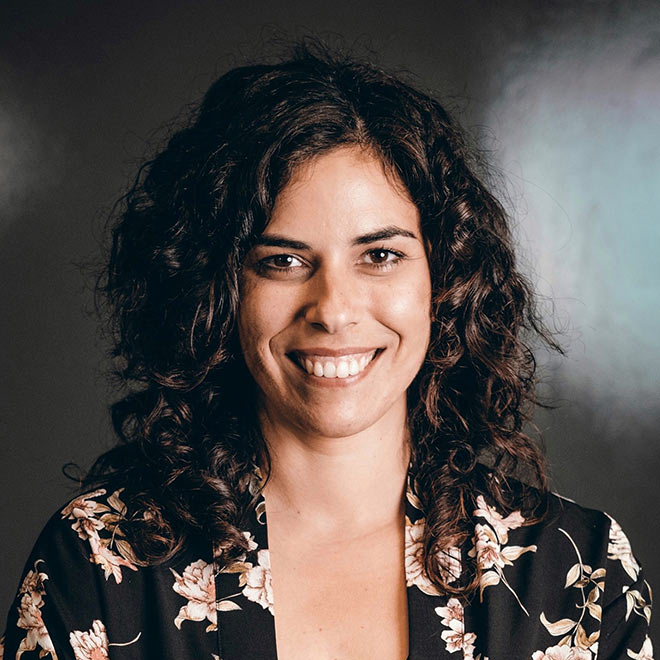 Sara Comparado has a BA in English and a passion for Creative Writing. She lived in Jerusalem for 7 incredible years working for the ICEJ and takes every opportunity to put what she loves doing to practice.